Dine @ Houston Trails End For Homemade Cooking With A Touch Of Western Personality! 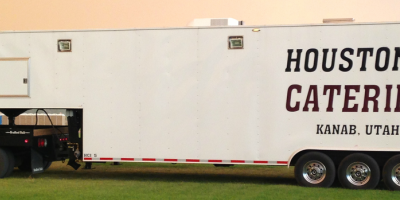 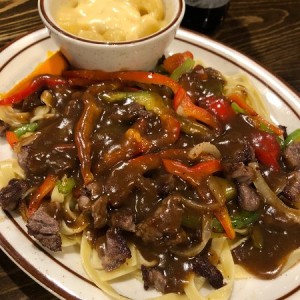 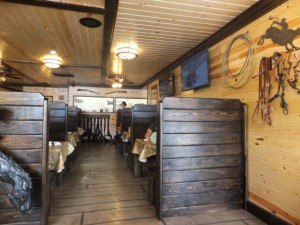 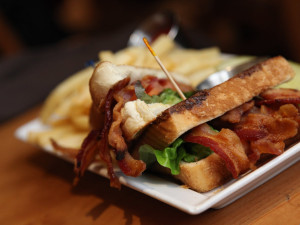 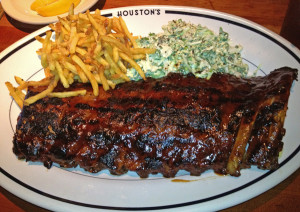 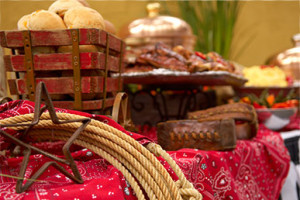 The Houston Family, your host here at the “Trail’s End Restaurant”, is now in their 40th year of providing quality food in an old west setting. The Trails End history extends well beyond 1975 when the Houston’s first took over. In 1945 Merle “Peaches” and Donna Beard opened the Trail’s End Restaurant. A lot has happened here in the West since then, but one thing that has stayed the same is the high quality food and service that you can find at the Trails End Restaurant. The Houston Family, Bob and Emma, Robert and DayLean, and Joe and Molly took over and continued the “Trail’s End” legacy for over 35 years.

The next generation of Houstons now run the business. Robert and DayLean’s son Mickey, and his wife Kammy, now continue the family tradition. The pride of the operation has always been homemade cooking with a touch of western personality. Today, Grandpa Bob still makes 10 gallons of his country gravy and DayLean bakes her rolls daily. It’s the old family recipes and home style cooking that have made the Trails End a legend.

​In 1978 the Houston Family expanded into the mobile catering business and since that time has worked for the Federal Government feeding fire fighters at remote sites all over the West. In 1999 Houston’s Catering, Inc. was awarded the “Small Business Contractor” of the year award by the Department of Agriculture. This was no small task for a company from the small town of Kanab, Utah. The catering company continues in operation today and you may very well see their rigs running up and down the roads of the West. The Houston’s and their remote site kitchens will go anywhere. In the spring of 2007 Mickey and the Houston’s crew had the honor and privilege of serving First Lady Laura Bush and her friends as they hiked and explored the trails of Zion’s National Park.