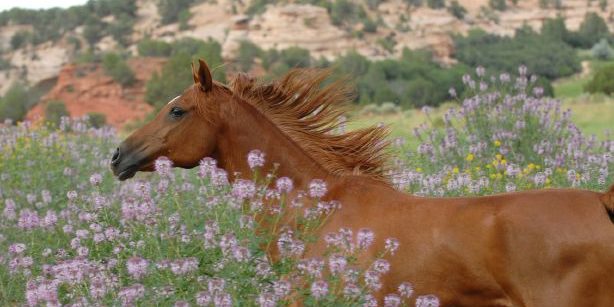 The Best Friends Animal Sanctuary, home to 1,600 formerly homeless animals, seems to fit effortlessly within the terrain of southern Utah. Located north of Kanab, the 3,700-acre property is a bustling hive of passion and volunteerism. And although some of the facilities are miles apart, everyone you meet seems united in purpose.

However, the sanctuary’s journey has been anything but a smooth ride. Here’s how Best Friends became part of the vibrant history of Angel Canyon.

Angel Canyon hosted many different occupants before the founders of Best Friends arrived in the 1980s. This rugged part of Utah, just minutes from the Arizona border, was first home to various populations of Native Americans. They adapted to the land over thousands of years, growing corn, beans and squash in the valley floors and then storing their food in granaries nestled in the towering rocks above.

In more recent history, ranchers lived and toiled in Angel Canyon. They observed the Native American rock art and occasionally added some of their own. A rancher who owned the canyon in the 1950s even tried to rebuild some of the crumbling cliff dwellings, resulting in two-tone structures that represent a peculiar melding of eras.

Three decades later, in 1984, the founders of Best Friends identified the canyon as a place where they could protect unwanted pets, find new homes for them and advocate for a no-kill approach to animal management. Not only was the location beautiful, but it was also affordable.

The group got a favorable deal on the property because it was a less-than-ideal fit for other uses, according to Jen Reid, manager at the sanctuary’s Horse Haven.

“There’s not enough flat land here to do a lot of building, so it’s not like people could build a big subdivision here,” she said. “And there are limited water rights, so agriculture wasn’t really an option.”

With modest income coming from the sale of a previous property in Arizona, the intrepid founders began work on their sanctuary. It wasn’t easy, as the group had very little construction training. In fact, the sanctuary’s website reports that they used a set of Time Life construction manuals to guide them while building the first bunkhouse and animal facilities.

In the early ‘90s, the money coming in from the group’s property in Arizona dried up due to a default on the mortgage, according to the Best Friends website. Desperate for cash, they decided to create a formal entity that would help them establish a reliable source of income. Soliciting donations at grocery stores in the western states, they slowly built awareness for their cause. The launch of Best Friends magazine further spread the word and helped generate support for the sanctuary.

Today, the sanctuary is the largest of its kind in the U.S., according to Best Friends. And it continually makes nationwide news, especially as it participates in high-profile animal rescues. For example, Best Friends took in 22 of the dogs from Michael Vick’s dogfighting operation. They’ve also helped rescue pets from natural disasters like Hurricane Katrina and Hurricane Michael.

“One highlight this year for me has been Houdini, one of the last Hurricane Katrina dogs living here,” said Steven Lee, a dog caregiver at the sanctuary. “He was 14 and I knew he might be living out his life here, so I was trying to give him everything. At the bottom of the hour, somebody came along that takes in hospice dogs and adopted him.”

While stories like this are common, officials say there is still a lot of work to be done. According to Best Friends, more than 4,100 dogs and cats are killed in animal shelters each day. Their goal is for every community in America to be no-kill by the year 2025.

As the organization looks toward the future, it continues to rely on a vast network of volunteers. If you are interested in learning more about volunteering at the sanctuary, you can get details on the website. Another option is to participate in one of the free tours of the sanctuary’s highlights. The tour route will actually take you right past some of the Native American rock art that showcases the vibrant history of Angel Canyon.